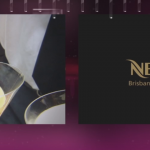 Nespresso opened a number of boutiques around the globe including Queen Street Mall in Brisbane. TPD Media filmed the opening night launch party which included a flash mob performance and VIP guests. This video was used online to promote the Nespresso brand an as an internal communications tool for the company.