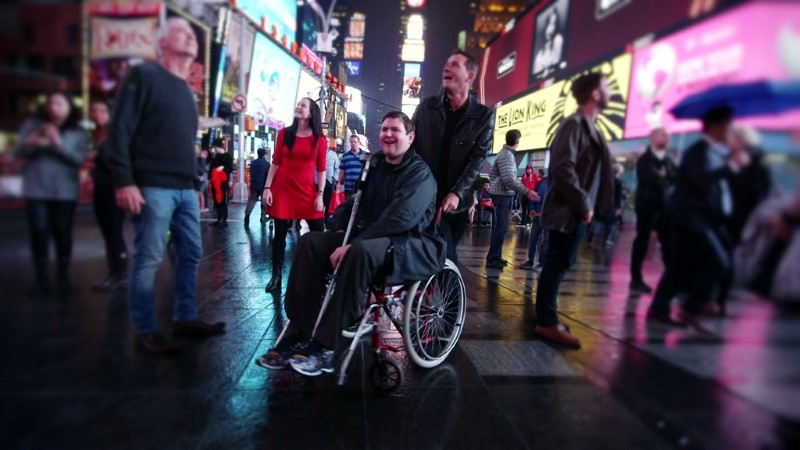 TPD Media created the moving prime-time documentary Live Young, Run Hard to celebrate the tenth anniversary of the Youngcare charity.  Youngcare is committed to helping young Australians with high-care needs move out of aged-care facilities and live a life of choice, independence and dignity.

The documentary, made with the support of Suncorp Insurance aired on Channel 9 on 22 November 2015 saw a crew from TPD Media follow Youngcare ambassador Tim Martin achieve one of his life-long goals of running the New York Marathon with the help of Channel 9 newsreader Andrew Lofthouse and Nova 106.9’s breakfast team Ash, Kip and Luttsy.

Tim was just 23 and in his last year at university when he suffered a severe brain injury that left him unable to walk, talk or communicate.

The documentary tells the story of Tim’s dream to rebuild his life; a dream made possible by a great Queensland charity borne of love and mateship.  It’s the story of how Tim took on the world’s biggest marathon to spread the word that all young people deserve to live to the fullest.

It is a great example of how with solid storytelling – different media outlets like Nova and Channel 9 can work with corporate entities such as Suncorp to support the Youngcare charity and collaboratively generate video content for television broadcast, online and social media use.

Note:  some commercial music tracks have been removed due to copyright.