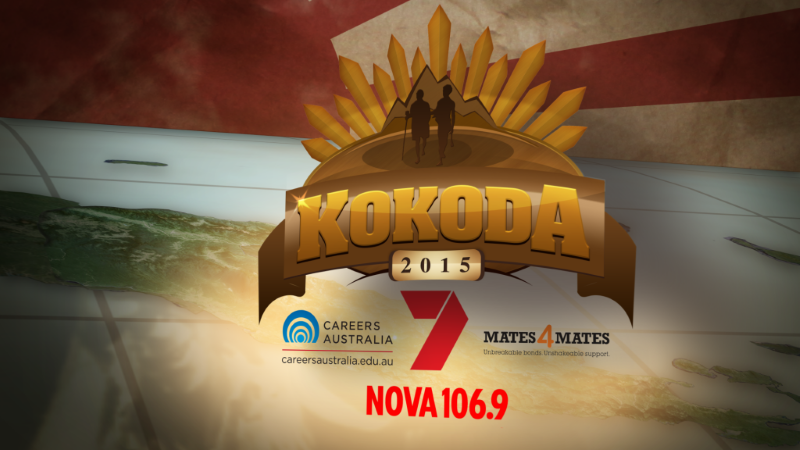 The making of the one-hour television special Kokoda 2015 was one of the toughest assignments undertaken by the crew at TPD Media –both physically and emotionally.

A team from TPD Media joined Channel 7 News Reporter Bill McDonald and Queensland Weekender’s Dean Miller, the breakfast radio team from Nova 106.9, Ash, Kip and Luttsy as well as a contingent of ex-servicemen and women from the Mates4Mates organization to retrace the steps of the heroic Australian soldiers defending Australia along the 96km Kokoda track in 1942.

Not only was TPD Media tasked with the production of the one-hour special documentary, which aired on Sunday 26 April 2015, they also were responsible for producing live-crosses from the jungle for Channel 7 Brisbane’s evening news bulletin.

In a brutally honest, warts and all approach, our cameras capture every step of the team’s physical and emotional journey: from the first training steps in Brisbane to the gruelling challenge of the trek itself, all of the way through to the final moments of reflections at Bomana, Port Moresby – the largest war-cemetery in the Pacific.

For the first time ever, spectacular aerial vision of the Kokoda Track was captured courtesy of Lee Carseldine, a CASA accredited aerial drone operator from Droneit.

“The story of Gallipoli is Anzac legend; but the story of Kokoda had a direct impact on Australia as it stands today.”